The Truth is Not a Choice

The following Bill Black interview is the capstone of the prophetic 666 global revelation confirming the New World Order global corruption conspiracy. Factoring in currency devaluation(s), market manipulation(s) from Libor to gold etc… etc… etc…, the obvious intent of the U.N. agenda stake holders and their effort to establish their global borderless crime in the United States and Europe, combined with their geopolitical military force strategy, perfectly confirms their prophetic strong delusion and evil Antichrist end time mission. Bill Black proves the point of order beyond the shadow of doubt. He does not quantify the housing scam with the over all reality the globalist 666 antichrist bastards have mapped out and achieved, but, anyone paying attention certainly knows exactly what his testimony truly defines in light of the prophetic revelation.

Bill Black On Robbing Banks (From The Inside): “The Weapon Of Choice Is Accounting”

The people in Europe are finally reacting to the destruction of their countries and are now realizing and reacting to the prophetic Antichrist effort of the NEO World Order 666 U.N. agenda. Chaos in the coming years is assured and the global tribulation is certain to show it’s ugly head on a local level all over Europe and within the United States.

…having gone down to the Memorial Day Rolling Thunder event in D.C. and walked among the massive amount of veterans, with their very expensive motorcycles, the general reality of the spirit of the people is, they are completely delusional and ignorant. They certainly do not have ”want” for anything and are obviously content with their shallow pathetic world view, and their domestic mindset is not only completely stupid, as a result of their general ignorance, but the sad fact is because they are veterans and government employees their stupidity is worn like patches and ”biker” leather. They honor nothing but their own self delusion and stupidity and are completely American in that regard. They do not care for the truth. Their primary concern is their own sense of honor for having ”served” a mission of futility.They are complexly  discussing, even though their hearts are generally kind, the humility required of Saints is not something they can comprehend because of their concept of pride and personal sense of honor which prevents them from seeking the truth and tolerating  the prophetic revelation(s) upon this generation. As a result, tribulation, just as required of persons among all nations and tongues, is the only chance they have of truly waking up, but at this point knowledge and comprehensive understanding of exactly what has been truly going on is something they shall never know. They are now accepting the 666 mark of the beast, that is a fact, and shall continue to do so. Very few will escape judgment. Most of them will go along, as a soldier following the new world order mission, and continue to accept the mark of the beast as they were.

It is a sickening thing to realize, but it’s true.

Not only have they defended the prophetic strong delusion with their lives, the reality is, the success of the mission, as with the global 666 Antichrist market beast, is dependent upon the ”want” of Babylon defining the ritual human slaughter on the altar of Moloch, which is truly the whole Earth.

The sad prophetic reality of the last generation is, forgiveness for not knowing what they are doing does not apply. Only humility will, which shall be as obvious as the gospel preached among all nations of this last generation, and during tribulation everyone will be brought down to the valley of decision quickly and surely. The truth is not a choice, they must stand fast and do no harm or remain fallen. 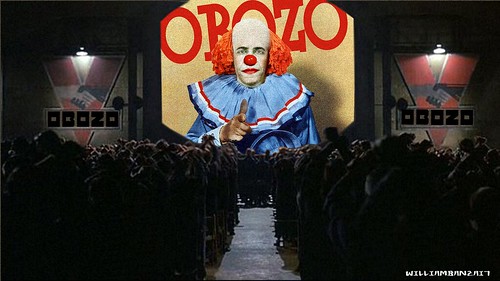 The VA Scandal Proves What We’ve Been Saying All Along

Yet another whistleblower has come forward to accuse yet another Veteran’s Affairs hospital of keeping secret waiting lists to hide the delays for veterans needing medical treatment. According to The Daily Beast, officials at the VA hospital in Albuquerque, N.M., may have already destroyed some of the records there, to cover up what has been happening.
Sound like any government bureaucracy we’ve heard about before?

The Daily Beast said that a doctor who works at the Albuquerque VA hospital told them, “The ‘secret wait list’ for patient appointments is being either moved or was destroyed after what happened in Phoenix.” Not only that, the same doctor says that when the scandal first broke, he heard one of the managers at the hospital say, “I always knew that Phoenix was better than us at playing the numbers game.”.

25 killed in Iraq as Shiites throng Baghdad for rituals

Throngs of Shiite Muslims converged on a shrine in Baghdad on Saturday for an annual ritual under heavy security, but a string of attacks outside the capital killed 25 people.

The bloodshed was the latest in a protracted surge in nationwide unrest that has fuelled fears Iraq is slipping back into the all-out communal conflict that plagued it in 2006 and 2007, leaving tens of thousands dead.

A MOST UNUSUAL LEGACY FOR THE “PEACE PRESIDENT”

Brussels killings due to ‘incitement’ against Jews: Netanyahu

Israel’s premier said late Saturday that the attack at the Brussels Jewish Museum, which left three dead and one badly wounded, was the result of anti-Jewish and Israeli sentiment in Europe.

Pope Francis took a dramatic plunge Sunday into Mideast politics while on his Holy Land pilgrimage, receiving an acceptance from the Israeli and Palestinian presidents to visit him at the Vatican next month to discuss embattled peace efforts.

Francis also buoyed Palestinian hopes by openly endorsing “the State of Palestine.” At his Regina Coeli address in Bethlehem’s Manger Square, he said, “All of us – especially those placed at the service of their respective peoples – have the duty to become instruments and artisans of peace, especially by our prayers.”

In an extraordinarily powerful moment, the Pope referred to Bethlehem as “the birthplace of the Prince of Peace.”

The summit was an important moral victory for the pope, who is named after the peace-loving Francis of Assisi. Israeli-Palestinian peace talks broke down in late April, and there have been no public high-level meetings for a year.

Terrorists in Gaza fired a rocket which struck southern Israel on Friday, without causing casualties or damage, following a weeks-long lull, the army said.

A spokeswoman told AFP it struck open ground in the Shaar Hanegev area.